The ‘00’s really saw the flood gates open for the New Noir. We had lots of good crime fiction through the seventies, eighties and nineties, but that little spark of existential angst and black humor had grown rare after the early ‘60’s—I blame the hippies. But now… well, there’s a new guard. Fresh voices that aren’t afraid to speak—loudly—about our darkest impulses, and who stomp fearlessly down that path that leads to utter annihilation.
Here’s my list of best noir novels of the last ten years or so. It goes without saying (and yet I’m saying it anyway) that this is totally subjective. These are just the ones that really hit me in the gut on a personal level, and obviously I haven’t read every single noir that’s appeared in the last ten years. If one of your favorites isn’t here, tell me about it.

Aged hit man Leonard March is back in Boston after fourteen years in the slammer. Now, working as a janitor and living in a filthy dive, March is playing out his final days, knowing that, sooner or later, his old boss’s thugs will come after him and make him pay for his betrayal. Either that, or one of his victim’s relatives.
There’s more to this sad old man than what meets the eye, however. While Leonard March may be repentant, just how much of the cold-blooded killer is left inside him? Before Killer is over, the reader will learn the chilling answer to that question.
On the surface, Killer is about regret, loneliness, and that old inevitable mortality thing. But scratch a little deeper and even darker themes emerge… it all leads to a truly shocking climax. 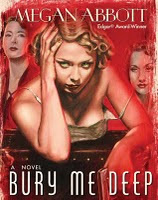 1931, Phoenix, Arizona-- fragile, sheltered Marion is alone, left by her drug-addled doctor husband to fend for herself. She falls into the company--and under the influence-- of two “party girls”, vivacious Louise and acerbic, consumptive Ginny. She also begins to fall, hard, for the roguish Joe Lanigan, a man with connections all over town. Her ever-increasing obsession with Joe begins to lead Marion down dark, dark paths, where she discovers things about herself she wished she never knew, things ugly and passionate, culminating in a night of betrayal, blood, and violence.
The language is rich and layered, the story moves at a breakneck pace, and the characters are so vivid you’d almost swear you can smell the bathtub gin and laudanum. Marion’s story is heartbreaking, tense, scary. And Megan Abbott is, without question, among the best four or five writers alive in the genre today. 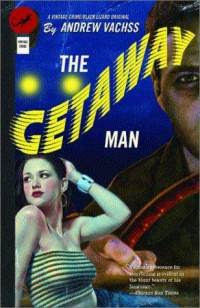 Young Eddie is a getaway driver, honest and loyal to his friends, and so naive he borders on simpleminded. But his innocence is put to the test when he signs on with some big time operators for a major heist, only to learn--the hard way-- that not everyone is as decent as he is.
I’ve read three or four of Vachss’s novels about Burke, thought they were pretty good, but didn’t knock my socks off. But The Getaway Man is just stellar. Fast-paced (I read it in two sittings), with a hugely sympathetic protagonist who is almost heartbreaking in his desire to please those around him. 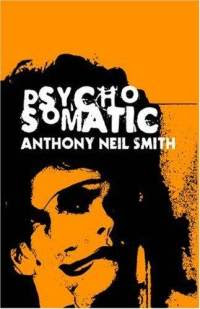 This one is still fresh in my mind as I only finished it yesterday—but I knew halfway through it would wind up on a list like this. Smith’s first novel is a demented, occasionally grotesque piece of art about a fat, cowardly fringe criminal named Alan Crabtree, his own personal femme fatale, quadruple amputee Lydia, two sleazy small time criminals named Terry and Lancaster propelled suddenly into the big time of murder and rape, and a handful of other equally compelling characters. It’s a remarkably labyrinthine plot that all comes together seamlessly at the end.

Glass is a deeply disturbed young prison guard, harassed by inmates and fellow guards alike. When he agrees under duress to do a favor for a con, he quickly falls under the con’s control and his life begins an ugly downward spiral; his deep-seated psychosis rages to life and it isn’t long before the boundaries between reality and fantasy become hopelessly lost.
Slammer is an intense novel, not so much the story of Glass’ slow descent into madness as his sudden, breathtaking plummet into insanity. The stakes get continually higher and higher, and all the while the reader is sickeningly aware that Glass is doomed—not just by external forces but by the twisted thing inside him. Superior psycho-noir. Savage Night. Violent, funny, demented, twisted… but it’s Guthrie, so that’s a given, right?
Savage Night is the story of two families at murderous odds with one another: the Parks, led by ex-con Andy Park who (despite his pathological aversion to nnggghh blood) wants revenge for a (real or imagined) slight perpetrated by the Savages. He concocts a blackmail scheme that goes horribly wrong when the Savages decide to take action themselves. The violence escalates and finally comes to a head in one long, bloody night of mayhem.
In Slammer, Guthrie stuck with a single POV, but in Savage Night he uses multiple POV to great effect There are times, especially about mid-way through, where things get a little confusing and you’d better be paying very close attention if you don’t want to get lost. Fortunately, Guthrie makes NOT paying attention impossible. 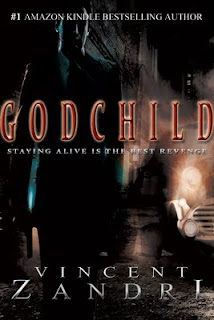 Jack Marconi is a man who’s lost everything—he has seen his wife die in a horrible car “accident”, and, after several years, he’s somehow managed to put the pain behind him (but only just) and start building a new life for himself. In fact, he’s about to get married again, and the future is looking better than he could ever have imagined.
And then he sees the man—the driver responsible for the death of his first wife. It’s only a split-second glimpse, but it’s enough for Jack’s world to begin veering off again into the danger and moral ambiguity he thought he’d left behind.
Godchild is a real kick-ass thriller, and Zandri’s style is sharp, lean and non-sentimental. 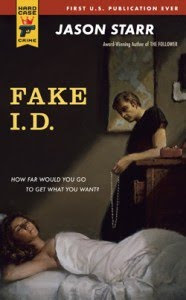 Jason Starr is a modern noir master.
The story: Tommy Russo, a bouncer/struggling actor/gambling addict gets a shot at the big time when he’s offered a stake in a promising race horse. All he needs is ten grand to get it rolling—ten grand he doesn’t have. Fortunately for Tommy, he has no problem lying, cheating and stealing to get it.
In the best noir tradition, Tommy sets himself up for disaster with every lie he tells, and before long even commits murder… and everything starts falling apart as his lies begin to close in on him.
As a character, Tommy Russo is a self-centered, delusional monster, but you can’t help but be interested in his plight as you see the rope tightening around his neck. It’s as if Bret Easton Ellis had written a crime novel. 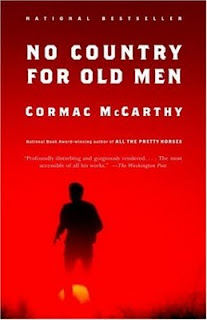 One of our best noirs, it definitely wasn’t marketed as such. No doubt it wouldn’t have sold near as well as it did. Whatever; No Country for Old Men is one of the greatest noirs of all time, a surprisingly traditional sort of crime story with an unforgettable cast of characters. The antagonist, Chigurh, is the most compelling villain I've read about in a long time, and he forms only a third of the trinity of central characters in "No Country". Moss, the "good old boy" who stumbles across a huge cache of drug money and Sheriff Bell, the philosophically-inclined lawman who is out of his element and knows it, make up the counter-points to the psychotic and cool-headed Chigurh. A cold, brutal book, written with eloquent precision and dead-on dialogue. 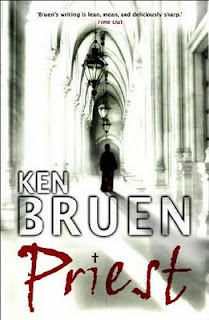 There's a reason I love Ken Bruen's work. He's absolutely brutal, emotionally draining, and never lacking for real insight into human misery. In "Priest", he unflinchingly explores the psyche of a man on the very precipice.
Still reeling from the shattering events of “The Dramatist”, Jack Taylor is back in Galway, trying to stay sober, trying to get a handle on his rage and despair. He’s asked to investigate the horrifying decapitation of a priest, and the investigation takes his already fragile psyche through an emotional wasteland of abuse, guilt, and vengeance.
Bruen is never afraid to ask the difficult questions in his books; what makes each Jack Taylor story so emotionally grueling is that he’s also not afraid to admit there are no easy answers to human suffering. While Jack may be the author of his own misery, even when he works to get his world back in order fate has a way of pulling the rug out from under him. Jack is aging, and it seems all his roosters are coming home to roost. Rarely have I felt such sympathy for a protagonist.
Heath Lowrance at 6:11 PM