My Choices for Top Ten Western novels you need to read


I suppose it's likely, assuming that I have many more years of reading ahead of me, my choices for personal favorite ANYTHINGS will change. But I'm a sucker for lists. As long as I don't have to be held to them the rest of my life.

Here are my ten personal favorite Western novels, all read within the last two years or so. If you've never read a Western, any one of these would be a great place to start. Oh, and I've limited myself to choosing just ONE book per writer, otherwise this thing would get lopsided in a hurry. 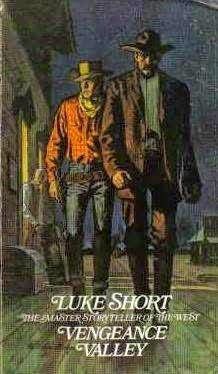 This was one of the first Westerns I read, and set a pretty high bar for everything to follow. I've read a few other Luke Short's since, and he hasn't let me down.
From Goodreads: "The Fasken brothers strode into town with a grim announcement: they were going to kill a man before they left--the man who had brought disgrace upon their sister. The man they thought they wanted was Owen Daybright. And Owen was indeed involved with their sister. But he was innocent of any wrong-doing--he just wanted to help her. He also knew the name of the guilty man, but even a confrontation with Fasken guns won't get it out of him. Here is an explosive, fast-moving Western, in which a man's fierce loyalty to a coward makes him a target for killers' guns." 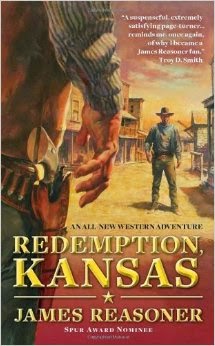 It's no secret I'm a great admirer of Reasoner's. This wasn't the first thing I ever read from him, but it's an excellent example of his skills.
From Amazon: "Injured in a cattle stampede on a drive through Kansas, Bill is healing in Redemption. Tended to by a shopkeeper's lovely daughter, Eden Monroe, there are worse places he could be. But Bill knows something's wrong. A series of unexplained killings plagues the town. It's up to Bill to figure out what's going on before his beloved Eden gets caught in the cross fire." 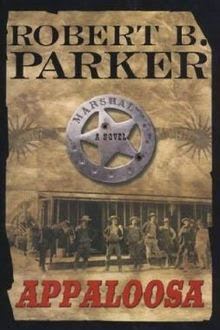 I didn't expect to like this one so much, as I'm not a big fan of Parker's "Spencer" novels. Very glad I gave it a chance. It was terrific.
From Amazon: "When Virgil Cole and Everett Hitch arrive in Appaloosa, they find a town suffering at the hands of a renegade rancher who’s already left the city marshal and one of his deputies dead. Cole and Hitch are used to cleaning up after scavengers, but this one raises the stakes by playing not with the rules—but with emotion." 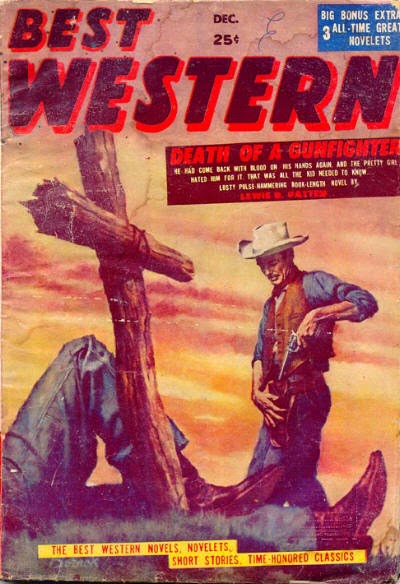 DEATH OF A GUNFIGHTER- Lewis B. Patten

Along with Luke Short, Lewis B. Patten is my favorite of the "old school" Western writers, and this, in my opinion, is his best.
From Goodreads: "Frank Patch had outlived his usefulness to the town of Cottonwood Springs and the townspeople were determined to get rid of him--one way of the another.But Patch had been their sheriff for twenty years. He had fought, bled and killed to turn a lawless cattle town into a peaceful community and being sheriff was the only life he knew.
Then Luke Mills, a harmless drunk, tried to gun Patch down." 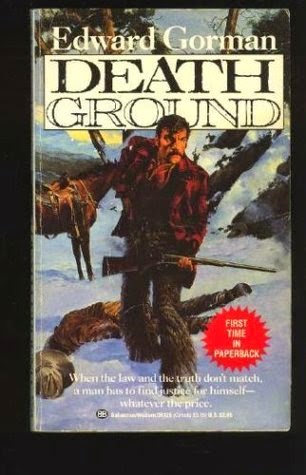 I knew Ed Gorman as a writer of tight suspense, mystery and horror, but this, his first Western I read, was a revelation.
From Amazon: "Bounty hunter Leo Guild is on the trail of a wily mountain man wanted for a deadly bank robbery, but he’s not entirely convinced his quarry is the true guilty party." 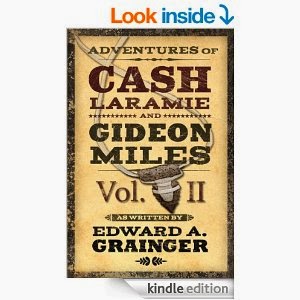 The first volume in this series of short stories was terrific, and one of the books that opened my eyes to what could be done in the Western genre. But this one, the second, was even better. Terrific short stories.
From Amazon: "In 1880s Wyoming Territory, two Deputy U.S. Marshals find themselves on the outside of societal norms. Cash Laramie, raised by the Arapahos, is known as The Outlaw Marshal for his unorthodox conduct toward criminals and his cavalier approach to life. Gideon Miles, one of the first African Americans in the marshal service, is honorable, fearless, and unrivaled in his skills with guns, knives, and tracking." 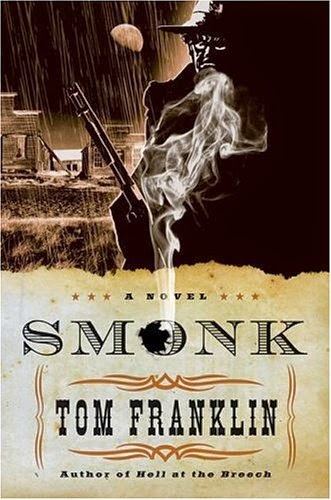 I hesitated to include this one, as it is decidedly odd and not what you'd consider a straight Western. But damnit, I enjoyed the hell out of it, so here it is.
From Amazon: "It's 1911 and the townsfolk of Old Texas, Alabama, have had enough. Every Saturday night for a year, E. O. Smonk has been destroying property, killing livestock, seducing women, cheating and beating men, all from behind the twin barrels of his Winchester 45-70 caliber over-and-under rifle. Syphilitic, consumptive, gouty, and goitered—an expert with explosives and knives—Smonk hates horses, goats, and the Irish, and it's high time he was stopped. But capturing old Smonk won't be easy—and putting him on trial could have shocking and disastrous consequences, considering the terrible secret the citizens of Old Texas are hiding." 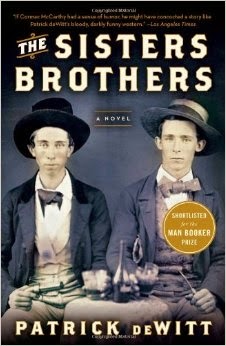 THE SISTERS BROTHERS- Patrick DeWitt
A very clever, well-written pastiche that deliberately stomps all over the classic Western tropes.
From Amazon: "darkly comic, outrageously inventive novel that offers readers a decidedly off-center view of the Wild, Wild West.  Set against the back-drop of the great California Gold Rush, this odd and wonderful tour de force at once honors and reshapes the traditional western while chronicling the picaresque misadventures of two hired guns, the fabled Sisters brothers." 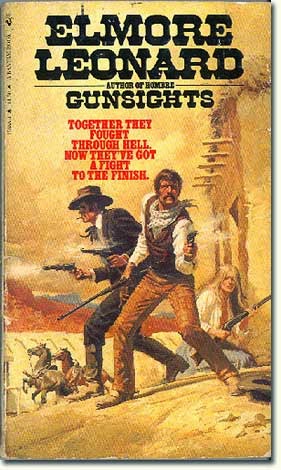 I was torn between this one from Leonard and FORTY LASHES LESS ONE, but GUN SIGHTS won out because it's more a traditional western, whereas FORTY LASHES takes place almost entirely in Yuma Prison.
From Amazon: "Brendan Early and Dana Moon have tracked renegade Apaches together and gunned down scalp hunters to become Arizona legends. But now they face each other from opposite sides of what newspapers are calling The Rincon Mountain War. Brendan and a gang of mining company gun thugs are dead set on running Dana and "the People of the Mountain" from their land. The characters are unforgettable, the plot packed with action and gunfights from beginning to end." 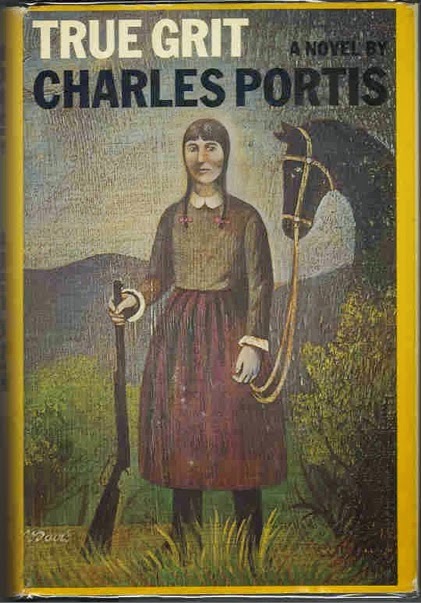 If you don't read any of the above, then read this. Not just one of the greatest Westerns ever written-- one of the greatest novels, period. An absolute joy to read.
From Goodreads: "Mattie Ross, 14, from Dardanelle, Arkansas, narrates half a century later, her trip in the winter of 1870s, to avenge the murder of her father. She convinces one-eyed "Rooster" Cogburn, the meanest available U.S. Marshall, to tag along, while she outdickers and outmaneuvers the hard-bitten types in her path."

Posted by Heath Lowrance at 6:39 PM