Two weeks ago the computer finally rolled over and kicked, so the wife and I took it in, with only days to spare on the warranty. Ten days, they said, and we'd be ready to rock and roll again.
Ten days go by and... nothing. We call. Yeah, they figured out the problem. They'd have it ready by Friday (as in, today). Meanwhile, I'm getting antsy because I haven't written anything this whole time. And also, I really SHOULD be on the webbies promoting my book. This is a crucial time for that. But no...
But what can you do? We have no choice but to wait it out.
So today, we call again. Is the computer fixed and ready to go? Is it, fuck. They haven't even ordered the part they need to fix it yet! And we're looking at another week...
Jesus Christ, man.
I hate to bitch, what with all the devastation in the South right now; people dead or missing or left with nothing but the clothes on their backs... yeah, it puts it in some kind of perspective. After all, it's just a computer.
But shit, man. It's annoying.
I've noticed in the meantime some new followers here and over at the Twitter thing. Thanks, folks, for hangin' around. I appreciate it. Be patient, and I'll get back to this stuff as soon as possible.
Posted by Heath Lowrance at 7:44 PM 1 comment: 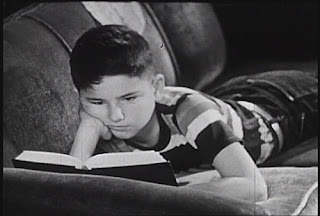 Blank stare, and then…

Silence as I go back to my book. Then…

I look up at him and nod non-committally.

He continues—“Boring. It’s boring. I mean, I know they say reading is good for you but what the hell, I don’t see how. I just think it’s boring.”

“I just don’t get reading. Honestly, I can’t even remember the last book I read. It was probably in high school or something.”

“Well, not everyone likes to read, I guess. No big deal.”

And I think ‘so is this conversation’, but I don’t say that. Instead I smile and say, “Maybe, I don’t know. I like it, though.” And then I go back to my book.

He starts to leave the room but stops and looks back at me. “Wait a minute,” he says. “I just remembered. I did read a book, a couple years ago. The DaVinci Code. It was pretty good.”

And he leaves.
Posted by Heath Lowrance at 1:51 PM 2 comments: 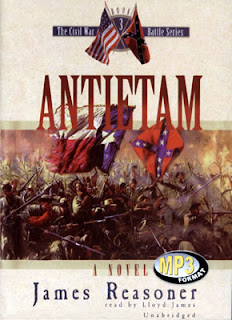 The computer has been sporadic the last few days about when it chooses to work, so I didn't see until this morning the kick-ass review of The Bastard Hand over at James Reasoner's blog, Rough Edges.

James Reasoner is the author of Redemption, Kansas, the Civil War Battle series of novels, Dust Devils, and lots of others besides. Yeah... if you're a reader I'm sure you're saying 'no shit, Heath'...

Thank you for reading the book, Mr. Reasoner, and thanks for the kind words-- I'm honored.
Posted by Heath Lowrance at 2:07 AM 3 comments: 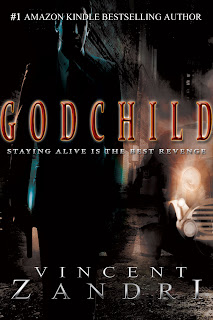 Zandri knows despondency. He knows the depths a human being can sink to in the worst of times, when the world around them has crumbled to ashes and nothing is left but dust. He gets it, and he knows how to convey it in sharp, non-sentimental prose.
The protagonist of Godchild, Jack Marconi, is a man who’s lost everything—he has seen his wife die in a horrible car “accident”, and, after several years, he’s somehow managed to put the pain behind him (but only just) and start building a new life for himself. In fact, he’s about to get married again, and the future is looking better than he could ever have imagined.
And then he sees the man—the driver responsible for the death of his first wife. It’s only a split-second glimpse, but it’s enough for Jack’s world to begin veering off again into the danger and moral ambiguity he thought he’d left behind.
Godchild is a sequel to The Innocent, which introduced Jack Marconi—The Innocent is a terrific book, but honestly, Godchild is even better. The pace is faster, the stakes feel heavier, and Jack himself is more fully fleshed out this time. He’s a bad-ass, no question, but a thoroughly sympathetic one. Of all Zandri’s terrific creations, Jack Marconi is my favorite.
Most of the book takes place in Zandri’s native Albany, but one of my favorite bits in Godchild is the strange and extended sequence where Jack winds up in Mexico to spring an American woman from jail—it falls into the structure of the book like a weird dream, with Jack out of his physical element but every bit of him right at home regardless. Even if every other aspect of his life is falling apart, Jack is a guy who knows what he’s doing when it comes to violence.
So what do you have with Godchild? You have an intriguing central character, a twisty-turny plot, relentless pacing, and stripped-to-the-bone style. Near as I can tell, those are all the ingredients needed for a seriously kick-ass thriller.
Posted by Heath Lowrance at 7:34 AM 4 comments:

Jim Thompson & Backlash, as per usual 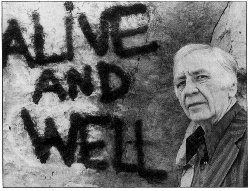 In the late ‘80’s, everyone kinda fell in love with Jim Thompson. A good twenty years too late to do the guy any good, but what the hell… better late than never, they say. Thanks to Barry Gifford and his fantastic Black Lizard imprint, a slew of new fans materialized and gobbled up every bit of Thompson they could find.

In fact, the revival of interest in Jim Thompson’s brand of psychotic crime thriller played a huge role in exposing other under-rated writers from that era to new readers, and was probably more responsible than any other single event for the resurgence of interest in noir in general. Readers started to realize how truly amazing and talented those so-called paperback hacks really were, and the fifties and early sixties were finally deemed the Second Golden Age of Hardboiled and Noir.

But then the inevitable happened. The backlash against Jim Thompson began taking root. Mostly among critics, of course, who seemed to take great pleasure in pointing out Thompson’s deficiencies as a writer.

“He wasn’t really that good,” they began saying.

“A lot of his contemporaries were much, much better than he was.”

“You know what? Thompson actually sucked.”

Pretty harsh words for a guy who practically invented psycho-noir.

Okay, being honest: Not everything Thompson wrote was solid. And yeah, some of it is actually… not good at all. We only know that because, once Thompson’s GOOD books started selling, publishers couldn’t wait to publish every damn thing the man wrote.

Books like “King Blood” or “The Transgressors” are admittedly weak, which is only worth mentioning because some of the “contemporaries” the critics mention were FAR more consistent. You could always count on, say Gil Brewer, to turn in a solid piece of writing. You always knew that Charles Williams wouldn’t let you down, or Harry Whittington, or Day Keene. These guys were dependable. They were pros.

But our man Jim, well… he didn’t function in the same professional way. When his back was against the wall and he HAD to turn in a book post-haste, he would often produce sub-par work.

But here’s the rub: When Thompson was ON… man, when he was ON… no one could touch him. His best books make the other fellas seem tame and predictable by comparison.

No one could wallow around in the emotional filth the way Thompson could. No one had the balls to go to those darkest of places, and without a doubt no one had the stamina to drag it all up from Hell and show it to the world.

Novels like “Pop. 1280”, “The Killer Inside Me”, “The Grifters”, "The Getaway" and “A Hell of a Woman” are more than just brilliant crime novels. They’re more than just noir. They are unflinching, deeply honest (and sometimes deeply, darkly funny) revelations.
Thompson was bold beyond belief, a writer with absolutely no fear. And that’s why readers STILL respond to him.

So for the critics who say Thompson wasn’t a great writer, okay, sure, maybe. He wasn’t great. He was brilliant.
Posted by Heath Lowrance at 3:28 PM 7 comments:

Holy crap, have I fallen behind over here or what...

So, my last few posts were all "me me me" plus a bit about "me". Sorry 'bout that, but a boy's gotta pimp his book, right? And I can promise you that some more self-involved reflections are forthcoming.

But, amidst the Odes to the Joy of Heath, the next couple weeks will also see some reviews that I've put off for too long. Expect soon a few words about Vincent Zandri's book Godchild. Also the new anthology Top Suspense. A review of one of my new favorite books, Anthony Neil Smith's Choke on Your Lies, Jordan Krall's Fistful of Feet, Jailbait Justice by Danny Hogan, and well you get the idea. Lots of reviews coming down the pike.

I'm also working on a thing about Jim Thompson, because, you know, there hasn't been enough written about him already. Some notes about my man Charles Willeford, and the first few Parker books by Richard Stark.

I guess what I'm trying to say is, goddamnit, I'm exhausted. I started back at the day job on literally the same day The Bastard Hand came out, and the time I have to write has diminished dramatically...

That's all for now, comrades.
Posted by Heath Lowrance at 5:52 PM 2 comments:

I have a new story over at Pulp Metal, if you're interested. It's sorta goofy.
Posted by Heath Lowrance at 7:08 AM No comments: