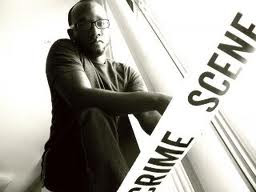 AARON PHILIP CLARK’s debut novel, THE SCIENCE OF PAUL, was published January 2011 by New Pulp Press, and was hands-down one of the best novels I've read all year. It came out right before my own debut novel from the same publisher, which caused me no end of anxiety-- THE SCIENCE OF PAUL was a hard act to follow. Set in Philadelphia, it introduced the crime fiction world to Paul Little, an ex-con battling his demons. Little has been called the “antithesis to the classic noir tough guy”.

Clark is currently putting the finishing touches on A HEALTHY FEAR OF MAN, the second novel in the Paul Little series. To learn more about Aaron, visit his website here, or better yet, join his Facebook page.


I suppose I should have known better. After all, I read Jay McInerney’s Bright Lights, Big City. And it did make the publishing industry seem strikingly similar to Hollywood; the fast talking Tad Allgash-like schmucks, the models, and the book parties, the cocktails and the coke. Of course, that was the 80s, the decade of excess—Regan and Gordon Gekko. There was no Internet, no mobile porn, no text messaging, no social networks, and face it, people read a lot more. Writers were actually hip, not in the way of disposable celebrities like Paris Hilton or the Kardashians, but their cool factor was in direct correlation with their intelligence and wittiness. People valued their opinions and they were culturally relevant. It was simply a different time; charging admission to a book signing was unheard of and Oprah Winfrey couldn’t make or break an author’s career. But things have changed; it’s an Amazon planet. Numbers and rankings, 99 cent downloads, free e-books (for today only), book trailers and short films, self-publishers and small houses, Facebook ads, contests and giveaways, and commercials with James Patterson hocking Nooks. Anything goes. And this is a good thing, right?

The film industry wasn’t always the Wall Street of the West, or the cesspool so many thespians and screenwriters are now forced to wade through. Once upon a time, there was Bogart and Bacall—there was art inTinsel Town. But Hollywoodland lost its luster a long time ago. The boulevards are no longer shiny and electric; they smell of urine and defecation. Drunken girls pleasure fellas in the front seats of cars, as they sit parked in the deck of the Kodak Theater, once the clubs let out. Street hustlers outfitted as Batman, Spider-man, and Pee-wee Herman shuck and jive for spare change in front of Mann’s Chinese, and what used to be a town of glitz and glamour is now a freak show. In an interview with Tavis Smiley, L.A.’s own James Ellroy bucked at the idea of driving down Sunset Boulevard; instead, opting for the dark surface streets because the billboards along Sunset made him cringe.

And maybe I cringe just a little when I see Patterson pimping a device that is likely to put book printing out of business one day. I’m not naïve; I realize writers have to be business savvy. I spent enough time in Hollywoodto know art is secondary to revenue, and in the case of the film industry, it’s a word that’s only used on Oscar night. And with the onslaught of social networking, budding and established authors are connecting with fans and other like-minded folks because it’s good business. But like Ellroy, don’t most authors just want to drive in the dark? Isn’t that why we became writers in the first place? Sure, it’s probably bad for sales not to have some kind of online presence. I just miss the good ole’ days when authors like Fran Lebowitz made appearances on David Letterman to promote their books, cracked a few jokes, and then returned to anonymity. When Cormac McCarthy was interviewed by Oprah, he was probably her most difficult nut to crack. He seemed uninterested; he answered her questions, which had less to do with his craft and more to do with his personal life, but never really dipped into the platitudes—and it only made me respect him even more. After all, we’re not celebrities; we’re authors. We’re the last vestige of intellectual sheik—in our world being smart is still cool. We’re the children of “The Vicious Circle”—the Algonquin Round Table. We write, we devour books and soak up knowledge—we blog and post, and we maintain discourse. We’re the original outsiders; the ones who weren’t invited to the party, only to peak in from a window while the “cool kids” got hammered and high. And it made us tough—it made us one of the most important fixtures in popular culture—the observers and commentators. We asked questions, we tried to make sense out of the chaos; we processed that chaos and then fed it back to the people in a more digestible form, and we mattered.

Don’t get me wrong, I’ve got nothing against wild success. I’m a capitalist—American through and through. It’s why I don’t give away free books because it implies that what we do as writers is somehow less than, and not worthy of payment. But writers as celebrities, as rock stars, as spokes models seems to be oxymoronic. Or maybe Patterson is just ahead of the curve? One day maintaining a book library might be the equivalent of owning a stamp collection; it’ll be a hobby of sorts, and the digital reader will be the standard. And though I’m tragically prone to nostalgia, the only option is to adapt and hope the book industry doesn’t go from half-classy dame to Sunset skeez—a three-ring circus where authors will do anything to turn a buck.
Posted by Heath Lowrance at 7:17 AM