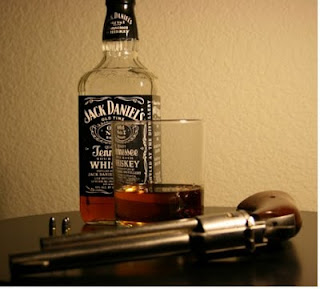 Just coming out of one of those annoying slumps, the kind when the kicks that usually work for you just don’t cut it. Over the last two months, I’ve hardly written a word, I’ve read only two or three books and even the movie-watching has dropped off. Don’t know why, can’t explain it. It’s been awhile since I experienced that sort of complete lack of interest in the things I normally love and it’s always accompanied by a general sense of malaise and unfocused anxiety. Weird.
But as I say, I’m coming out of it now. The two or three books I read eventually kick-started my imagination again (the Zeltserman book in the previous review, Burrough’s Junky, and the new one by Vincent Zandri, which was pretty goddamn awesome, review coming soon). I’ve been getting excited again about outlining a new novel and doing some much-needed revisions on City of Heretics. Much catching up to do. Two months is much too long to stew around not enjoying anything, don’t you think?
Posted by Heath Lowrance at 11:06 PM 3 comments: 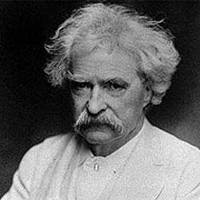 Story is my religion. Twain is my god, and Jesus, I guess, would be Hemingway. There are tons of prophets and wise men,literary saints like Steinbeck or Charles Willeford, Jim Thompson (the crazy saint!) and David Goodis, Fitzgerald and Richard Stark.
These guys give me all the comfort and succor I need in an otherwise dark and unpleasant world...
Posted by Heath Lowrance at 7:32 PM 2 comments: 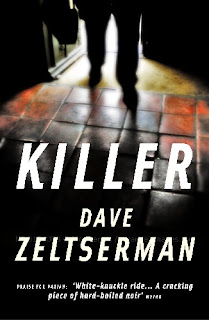 Aged hit man Leonard March is back in Boston after fourteen years in the slammer. And he’s lucky it was only fourteen-- turning state’s evidence on his former employer spared him a longer term.
But now, working as a janitor and living in a filthy dive, March is haunted by the memories of his murders and wracked with guilt over his non-existent relationship with his children. He’s playing out his final days, knowing that, sooner or later, his old boss’s thugs will come after him and make him pay for his betrayal. Either that, or one of his victim’s relatives.
There’s more to this sad old man than what meets the eye, however. While Leonard March may be repentant, just how much of the cold-blooded killer is left inside him? Before Killer is over, the reader will learn the chilling answer to that question.
This is Dave Zeltserman’s final book in the so-called “Man Out of Prison” trilogy, and fans of Pariah and Small Crimes might be surprised by the strangely contemplative nature of the story. On the surface, Killer is about regret, loneliness, and that old inevitable mortality thing. But scratch a little deeper and even darker themes emerge… it all leads to a truly shocking climax that could be Zeltserman’s darkest yet-- and this is a writer who has made a fine art out of dark and shocking climaxes.
Posted by Heath Lowrance at 5:27 PM No comments: