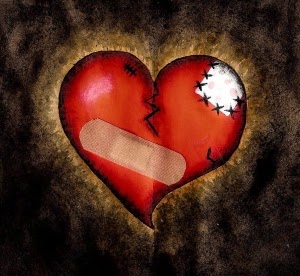 "Love is bullshit, Jimmy. Absolute worst thing you can do to yourself. Avoid it if you can. But of course, you won’t. You’ll meet some honey some day and you’ll get stars in your eyes and your heart will start pounding and you’ll get that twisty feeling in your stomach. And you’ll fall for it, like a big fat sucker.
"But if you have any sense, you’ll listen to your grandpa, and, if you ever get stricken with that feeling, you’ll turn your ass around and run like hell. Trust me on this, Jimmy, love is the worst goddamn thing that’ll ever happen to you. It’ll tear you to pieces. It’ll make you half the man you were before. You’ll turn into a sniveling, anxious flesh-wad of anxiety and fear and doubt.
"Your grandmother? Yeah, of course I love her. That’s what I’m trying to tell you, you little fuck. I love her like crazy. Always have— and that’s MY misfortune. I love her, but that doesn’t mean I have to like it. She’s a crazy old pain in my ass and has had me jumping through emotional hoops for 60 years now. I wish I’d never met the old broad.
"So yeah. Love exists. But it ain’t all it’s cracked up to be. It’s a goddamn nightmare most of the time.
"But to hell with it. You won’t listen. No one ever does. Now shh, here comes your grandma— Hello, darling. Welcome back. You BET I love you. Say hello to your grandma, Jimmy."
Posted by Heath Lowrance at 8:09 AM 1 comment:

From "The Angry Retribution of Hawthorne: being a True Account of the West's Most Enigmatic Pistoleer", by Charles Forrest Grainger, Missouri Press, 1912 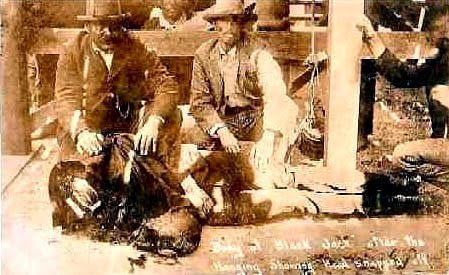 It is not uncommon for legends and tall tales to spring up around the personages of gunmen in the second half of America’s 19th century. But the stories told about the mysterious Hawthorne have been of a decidedly fantastical bent. Chapbooks and boy’s adventure periodicals have portrayed Hawthorne as an almost supernatural force, driven to battle such absurd mythological figures as were-creatures, vampires and demons. All patently ridiculous, but in recent years these childish notions have taken hold of the imaginations of an otherwise reasonable public, and many readers believe the fanciful legends to be true…

...the object of this volume is edification. Your humble author seeks only to illuminate the true facts regarding Mr. Hawthorne, as scanty as they may be, and reveal him to be that which he can only be, that is to say, a mere man... 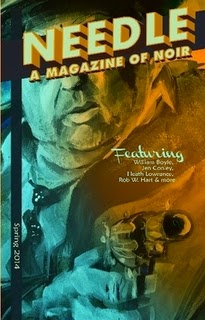 The new Needle Magazine for Spring 2014 is now available in print, here.

All for just seven and a half bucks on Lulu. A bargain.

Posted by Heath Lowrance at 5:31 PM No comments: 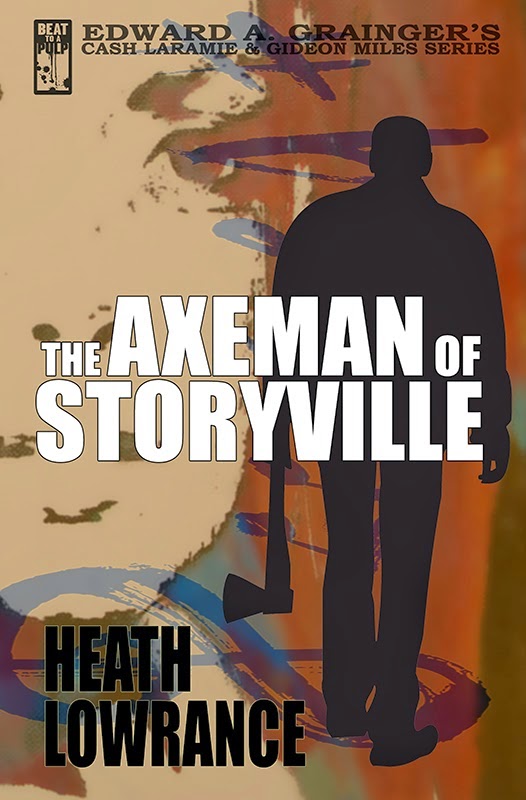 Three months ago I killed this blog. Well, okay, maybe not killed it exactly-- I decided to let it die of neglect. I started a new Tumblr account and began posting stuff there, and even went so far as to re-post some of the better Psycho-Noir posts (there weren't as many of them as I'd hoped, haha, sob).

In the last month or so, though, hits here at Psycho-Noir have gone way up, as many as 600 a day, even though no new material has been posted since the end of January. So okay, I reconsidered. I'm hereby reviving this thing, for what it's worth.

Not much new to report, except for the release from Beat to a Pulp of my new Gideon Miles novella, "The Axeman of Storyville". Gideon Miles, if you don't already know, is the creation of Edward A. Grainger, aka David Cranmer, and I've written about him previously in the long short story, "Miles to Little Ridge".

You can of course find Gideon's original adventures in "The Adventures of Cash Laramie & Gideon Miles, vol. 1" and "Vol. 2", by Edward A. Grainger.

"The Axeman of Storyville" has been doing pretty well, for one of these small press thingies. So well, in fact, that David Cranmer and I have begun talking about a novella-length sequel to "Miles to Little Ridge". More on that as it draws closer. 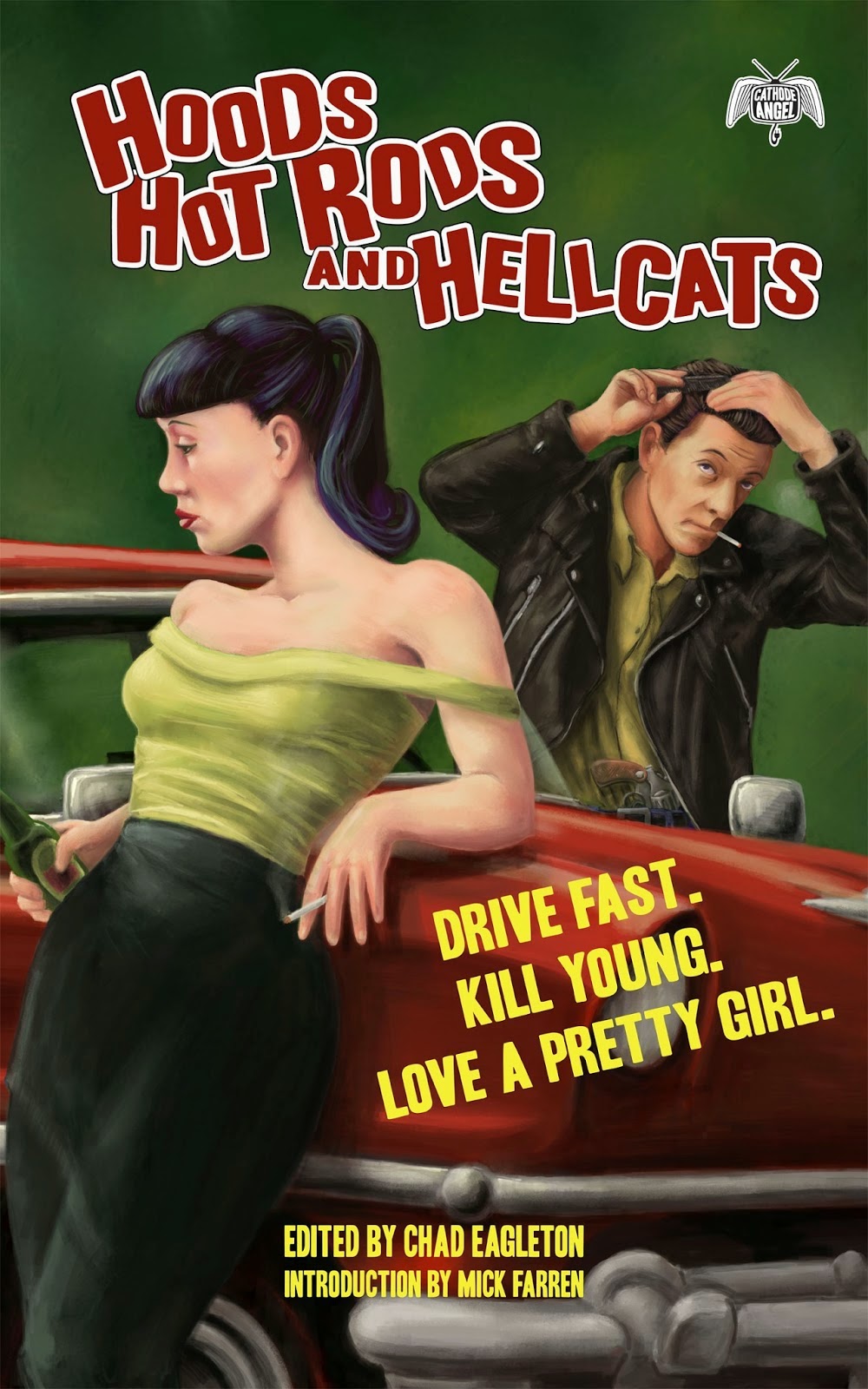 Also, this last month or so has seen the release of the long-awaited anthology, HOODS, HOT RODS & HELLCATS, edited by my friend Chad Eagleton, and featuring stories from Eric Beetner, Matthew Funk, Nik Korpon, David James Keaton, Thomas Pluck, Christopher Grant, and yes, me too, with a terrific introduction by the one and only (and sadly recently passed) Mick Farren. It is amazingly good, if I may say so.