An Experiment in Hackery 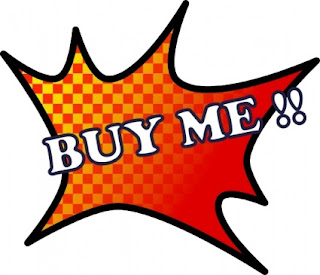 I tried a little experiment this last week or so by NOT promoting any of my own work on the social media sites. And what were the results?

Well, the Hawthorne stories did fairly well. That is, four or five sold every day. Yeah, I know, that doesn't sound like much, but honestly, it's about the same number that would move if I was pushing them. Your Loyal and Dedicated Hack isn't exactly burning up any best-seller charts, man.

THE BASTARD HAND had a couple of good days for some reason, before dropping into the nether-regions.

CITY OF HERETICS is doing okay.

My FIGHT CARD novella, "Bluff City Brawler", has been consigned to the lowest regions of Obscure Hell.

In other words, it's all over the board. Just like it would be if I was out there being obnoxious.

It occurs to me, then, that aside from an initial push (say maybe a week or two long) when I have a new release, promoting my work on social media doesn't have too much effect. By that time, I'm preaching to the choir. Everyone who is going to buy it has bought it.

And if I want to reach a bigger audience, I need to either (1) find a new marketing platform, (2) hire a damn publicist, or (3) SELL OUT and write like James Patterson.

But no, I kid. Decision made: I won't be doing any serious promotion of my work on social media anymore, aside from that initial week-long push when something new comes out. I throw myself on the mercy of readers and reviewers.

Update: Crazy timing here, but only minutes after I posted this, I saw this essay over at HuffPost that really nails the whole thing.
Posted by Heath Lowrance at 11:09 AM 9 comments:

Today finds me over at Ron Earl Philips' blog, supposedly to talk about CITY OF HERETICS. Instead, I blow off some steam and rant a little about... well, you'll see.
Posted by Heath Lowrance at 7:54 AM No comments: 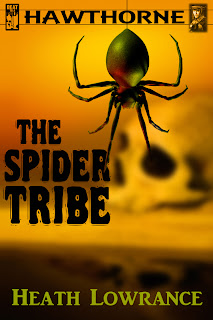 The third Hawthorne tale, "The Spider Tribe", is now available at Amazon.

"The Iktomi are an ancient evil that feed on the fear and hate of generations, and when the Black Hills run red with the blood of the Lakota, they return to sow death.

The mysterious gunslinger called Hawthorne is fueled also by hatred-- hatred of evil. But is his hate strong enough to destroy the Iktomi?"

Some Halloween reading for you!
Posted by Heath Lowrance at 10:59 AM 3 comments:

The Nautilus Engine and Noir Nation.

I'm at The Nautilus Engine today, being interviewed by my life-long friend Ron Warren.

Yesterday, I answered some short, sharp questions from Paul Brazill at Noir Nation...
Posted by Heath Lowrance at 8:41 AM 2 comments: