DIG TEN GRAVES not dead yet 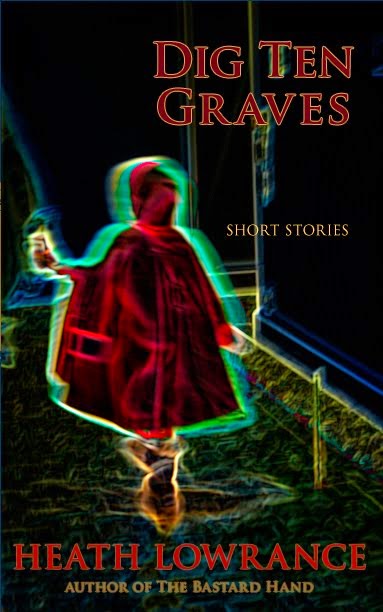 Hey, just wanted to let you kind, decent, depraved folks know that my short story collection, DIG TEN GRAVES, went on sale for .99 cents on Kindle over the holiday weekend. It's been 2.99 for a couple of years now. I've honestly been amazed at how the price change, and the word of mouth of my friends out there in social media, have caused it to really start moving. I believe I'll keep it at this price for a few more days. If you haven't already picked it up, I hope you consider doing so.
Posted by Heath Lowrance at 9:45 AM No comments: 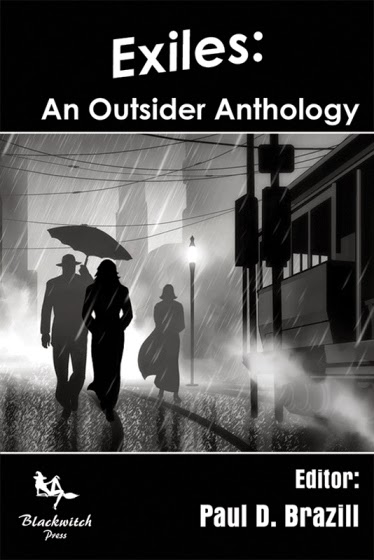 This is available in good ole' U.S. of A. as of today. I wrote the intro, which is calculated to depress the shit out of you right from the get-go. 'cause that's what I do, partner.

She only ever loved monsters. It made the boy wonder about himself; if she was capable of loving only evil men, what did that make him? Was he evil, deep in his heart? He didn’t feel evil. But then, he didn’t feel virtuous either. Not a good boy, not a bad boy. Not a real boy at all.
But maybe that was the point. Maybe the men his mother loved weren’t real either. Maybe they were illusions, just like him, and it was their very intangibility that drew his mother to them.
“Your sister’s father,” she said to him as he lay in bed, sick with the flu, eight years old, “was a wicked man. From the day we were married, he beat me. He broke my nose twice, and my collarbone. He could hit, he could hit hard. Knocked the sense right outta me. And he hated you, because you were a reminder that I’d been with other men before him. He kept all this hatred hidden, you understand, until after we were married.”
His mother’s face is blurry above him. His head is throbbing, and he feels as if he’s lying under a sheet of fire.
“When I got pregnant with your sister, I finally realized I had to get away from him.” And the boy wonders, vaguely and in the grips of his fever, why did you wait? Wasn’t my safety, his hatred of me, enough to make you leave?
Mom says, “One day, before I got pregnant with your sister, I came home from work and you were gone. His sister was supposed to be looking after you. She told me he’d come and taken you. Taken you away. Oh, you can imagine, I was in hysterics, until he called two days later and told me that if I wanted you back to come to this old abandoned house. So I went, naturally.”
Where were the police, the boy wants to ask, but he’s too weak with the flu. Why did you go by yourself? Couldn’t you see what was going to happen?
“I went,” Mom says. “And when I got there he had you all tied up. He beat me up and then left us both there. I’ll never forget it. He was laughing.
“To this day, I don’t know what he put you through, but for months afterward I know you’d scream bloody murder every time you saw a toilet, and the sight of someone’s teeth, grinning, just made you cry your head off.”
“So after that, I took you and your little sister away. We were in Chattanooga at the time, you know. I took the two of you and just started walking. And then you’ll never guess what happened… a man pulled over and that man drove us all the way to Michigan. He was like an angel from heaven, that man. He wouldn’t accept any sort of money or thanks. He just drove us plumb to Michigan.”
The boy is confused. He says, “But my sister…” He is interrupted by a coughing fit. When he recovers, he manages to croak, “She was born up here, right? In Michigan?”
“That’s right,” his mother says. “When I say I took you and your sister, I mean to say that I took you in my arms and her in my belly.” She laughs. “We made it to Michigan, somehow, even though your sister kept trying climb under the man’s feet while he was driving. We made it, and moved in with your aunt.”
The boy, wracked with fever as he is, can only turn his face away from his mother, look at the bare wall, and feel hot tears scalding his cheeks. He is horribly confused and frustrated. He is angry with himself because he can’t make any sense out of what his mother is saying. If only he wasn’t sick, maybe it would all make more sense.She leans over the bed and kisses his forehead with cool lips. “Get better, my angel. I love you so, so much.”7.He doesn’t have any memory of any of the things his mother mentioned, about his two days as a captive of a cruel man. But because he now knows the story, images of his own making are forever planted firmly in his head.He can see a dirty toilet, and he can feel a strong hand gripping him by the back of the neck and pushing his face into the water. He can feel the cold porcelain pressed hard against his cheek and can taste the rank water, and he can feel the panicked sensation of drowning.
He can also see teeth, grown unnaturally large in his imagination. They grin and chatter like one of those wind-up monkeys with the cymbals. They come at him out of the night in his dreams and gnaw at his face and neck and chest.
Is it true? Did it really happen the way she said? Well, why would she lie?
But then again, regardless of the truth of it, why… why would she tell him these things?
He would realize, years later, that his mother didn’t mean to hurt him. She was lost in the maelstrom of her own pain and fear, and the boy, the boy that she loved, was her only anchor. He had to share in her fear. He had to be the one to inherit her misery, otherwise she would be all alone. As alone as everyone else in the world.
Because in all her years, the one thing his mother never learned, the lesson that almost no one ever learns: There is nothing we say or do, there is nothing we long for or fear, there is nothing we love or hate, that is real.Because we are alone, no matter how much of our misery we spread around. We are not free.
Posted by Heath Lowrance at 7:55 AM No comments:

5.His mother’s life is a complicated tangle of inconsistencies, and her bonds with the boy are sailor’s knots that he doesn’t have the skills to untie. She tells him stories of her life that are sometimes contradictory and confusing, and always leave him uneasy and scared.

Why autobiography is a lie

I could never write an autobiography because if I did, 90% of it would be complete bullshit. It's memory, man. As in, I have a lousy one. I don't understand how anyone could possibly remember events from a week ago, let alone from childhood. It doesn't help, in my case, that I spent a great part of my later teen years and early twenties completely whacked out of my mind on various illicit substances-- not the sort of thing that lends itself to perfect recall. I shudder to think of all the brain cells I snuffed out.

But in place of actual memories, I've managed to create my own private mythology, based loosely on reality. I've sort of filled in the blank spots with speculation that may or may not be true. My eye, for instance; when I was about three, I had a bad accident that damaged my right eye. I have no memory at all of the event, but I've created a story about it based on what I've heard from my Mom and various other sources and my re-imagining of it has become so clear in my head that it's almost exactly like a memory.

So that makes me sort of wonder about the significance of actual memory. If something "untrue" can be as vivid in your mind as something "true", then what good is "true"? Like most writers, I live mostly inside my head anyway, yeah? Another example: dreams. Ever have a dream so vivid that you remember it years later? You remember it just as well, if not better, than something that actually happened?

If memory is only a chemical reaction in your brain, a response to some sort of stimuli, then who's to say that there's any real difference between the "actual" and the "dream"?

So yeah. My autobiography would be equal parts real and unreal, and both parts would be equally valid. Because your life in your head is just as significant as the one outside. Maybe even more so.
Posted by Heath Lowrance at 8:48 AM No comments: