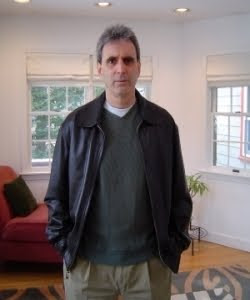 So I put out the call to some of my favorite writers and critics lurking in the dark underbelly of Noir City, and the response was gratifying. I'll have several to post in the following couple of weeks, but let's get started with this:

Dave Zeltserman is one of the strongest voices in crime fiction these days, innovative as a stylist and totally committed to a dark, uncompromising vision. His novels include the acclaimed "Man out of Prison" trilogy-- Small Crimes, Pariah, and Killer. Most recently, he's explored the horror genre with the bizarre Caretaker of Lorne Field, and put out a collection of short stories called, appropriately enough, 21 Tales. Coming in February of 2011 is another novel, Outsourced.

Here's Dave's list of essential noir fiction:
1) Double Indemnity by James M. Cain
2) Grimhaven by Charles Willeford
3) Savage Night by Jim Thompson
4) Hell of a Woman by Jim Thompson
5) The Name of the Game is Death by Dan Marlowe
6) Anyone's My Name by Seymour Shubin
7) The Woman Chaser by Charles Willeford
8) How Like a God by Rex Stout
9) Dirty Snow by George Simenon
10) A Swell-Looking Babe by Jim Thompson
11) The Getaway by Jim Thompson
12) The Postman Always Rings Twice by James M. Cain
13) How the Dead Live by Derek Raymond
14) Robbie's Wife by Russell Hill
15) Miami Purity by Vicki Hendricks
16) Dead City by Shane Stevens
17) I, the Jury by Mickey Spillane
18) Wake Up Dead by Roger Smith
19) The Little Sleep by Paul Tremblay
20) Mr. Arkadin by Orson Welles
Posted by Heath Lowrance at 9:26 PM