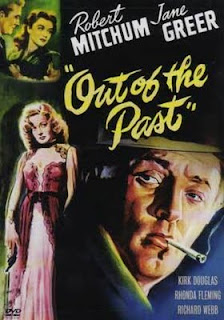 Ed Lynsky pointed out this list of “top ten film noirs” over at the Twitter. It’s not bad, I reckon, but somehow a little… unsatisfying. So because I’m a freak for lists, I thought I’d offer up my own.
Totally subjective here, of course, and for discipline’s sake I’m only including old ones. In no particular order:

Out of the Past
1947-Jacques Tournier
Mitchum is a former P.I. with a shady past who now runs a gas station- until he’s drawn back into some unfinished business with the smoking hot Jane Greer and the sleazy evil Kirk Douglas. 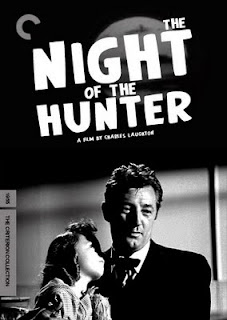 Night of the Hunter
1955- Charles Laughton
Mitch again, this time as wicked preacher man Harry Powell, who will stop at nothing—including marrying and murdering widow Shelly Winters—to find a cache of hidden money. 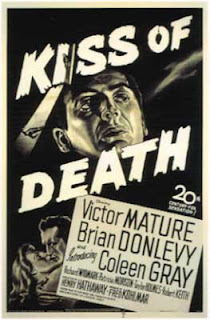 Kiss of Death
1947-Henry Hathaway
Victor Mature is an ex-con who turned state’s evidence so he can have a life with new wife Ann Gray. Brian Donlevy is the cop who helps him. And Richard Widmark… well, Widmark (in his first major role) is the psychotic Tommy Udo, who learns of Mature’s betrayal and sets his sites on him.
Widmark’s portrayal of Udo set a new standard for movie baddies. He’s scary as hell. Kiss of Death is a masterpiece. 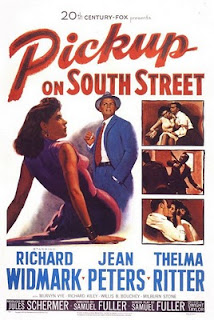 Pickup on South Street
1953-Sam Fuller
Doesn’t get much better than this one. Widmark is a master pickpocket who finds himself in possession of some microfilm that some Commie secret agents will stop at nothing to get back. 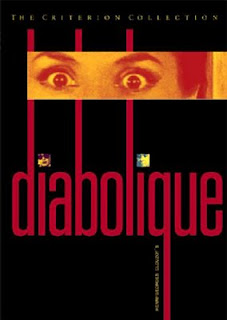 Diabolique
1955
A boarding school master (and complete asshole) is targeted for murder by his wife and his lover, who’ve had enough of his bullying and cruelty. But after they pull it off, the wife becomes more and more convinced that her husband is actually still alive. Crazy plot twists, mounting paranoia and jangled nerves follow. 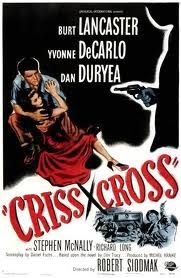 Criss Cross
1948-Robert Siodmark
Because he can’t keep away from Yvonne DeCarlo, Burt Lancaster (as an armored car driver) is forced into helping pull off a heist by DeCarlo’s gangster beau, played by the one of a kind Dan Duryea. Superior noir with a surprisingly bleak ending. 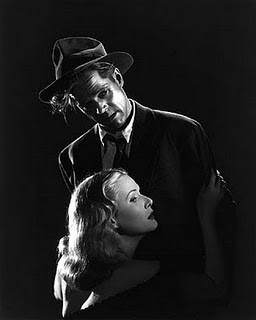 Black Angel
1946
Based on the novel by Cornell Woolrich; a superior noir. June Vincent’s estranged husband has been accused of murder. With the help of the awesome Dan Duryea as the victim’s hopelessly alcoholic songwriter husband, she sets out to find the real killer.
Also with Peter Lorre as the inevitable sleazy nightclub owner. Surprising ending. Solid movie. 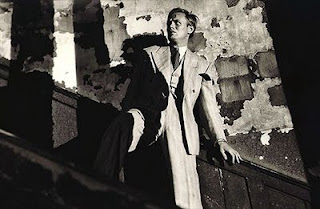 Night & the City
1950-Jules Dassin
Essential noir, with a first-rate cast, shot on location in London. The brilliant Widmark is an ambitious but none-too-bright hustler who finds himself running for his life when his plans to swindle a nightclub owner go awry. Also starring the gorgeous Gene Tierney, and Herbert Lom. 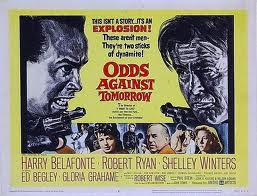 Odds Against Tomorrow
1959-Robert Wise
Ed Begley is an ex-cop who has a plan for the perfect score. Harry Belafonte is a musician who owes a huge gambling debt. Robert Ryan is the career criminal whose unreasoning hatred of black people will ultimately destroy him and everyone around him. Odds Against Tomorrow is a beautifully filmed, high tension morality play that manages to be gritty and entertaining while maintaining a deeper relevance. 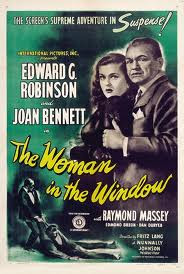 Woman in the Window
1944-Fritz Lang
Edward G. Robinson is a stolid professor who finds himself involved with a beautiful artist’s model, played by Joan Bennett. When her jealous lover shows up, Robinson is forced to kill him in self-defense. Covering up the crime is made all the harder when Robinson’s D.A. friend is assigned to find the killers, and the victim’s sleazy bodyguard shows up to blackmail the inept pair.
Robinson is great as always. Bennett is gorgeous. And Dan Durya, as usual, steals every scene he’s in as the sleazy bodyguard. But the last three minutes are annoying—they go for a total cop-out ending.
Aside from that: Solid.
Posted by Heath Lowrance at 8:47 AM