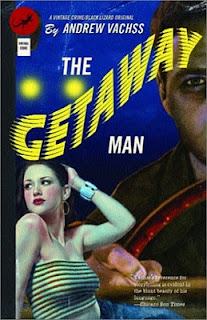 Hardboiled/Noir never really went away. Although the Golden era ended in the early ‘60’s, there were still plenty of writers who loved the form too much to let it die, and many of them made lasting contributions and continued to add amazing diversity and vision.
The hardboiled school, especially, thrived in its own way through the seventies and eighties. There were many great detective writers in that period—some more hardboiled than others—and by the mid-eighties a small renaissance had taken place.
The Travis McGee books by John D. MacDonald continued to sell well, and McGee’s sensitivity (so at odds with earlier tough guys) rubbed off on his contemporaries. Robert Parker’s books about Boston P.I. Spenser took the genre in a new direction, featuring a hero who loved literature and philosophy, respected women, and used violence only as a last resort.
Female writers of detective fiction began having a serious impact. Sue Grafton and her protagonist Kinsey Millhone hit the bestseller charts with A is for Alibi and a whole alphabet of mysteries after; Sara Paretsky broke sales records with her series about female private dick V.I. Warshawski, starting with Indemnity Only.
But while these developments were a good sign for society as a whole, it’s debatable whether or not the new sensitivity was good for the soul of noir. The thing that defined the genre had always been a sort of disaffection, a—dare I say it?—existential angst.
But even when it looked as if the hardboiled world might suddenly go softboiled, there were still writers of vision down there in the trenches, dredging up all sorts of savory ugliness. Here’s a few of the most noteworthy:

James Crumley proved hugely influential on the detective story writers who came after him with his books about alcoholic dick C.W. Shugrue, and another brief series about a character called Milo Milodragovitch. Here’s a few to start:
The Last Good Kiss
The Mexican Tree Duck
The Wrong Case
The Dancing Bear

Bill Pronzini is mostly known for his terrific series about the Nameless Detective (who first appeared in 1971), Pronzini is also a noted scholar of the hardboiled school and a terrific editor. Fortunately for us, he’s still writing tight, solid hardboiled masterpieces. Here’s the last few by him:
Savages
Fever
Schemers

Joe Gores: Like Hammett before him, Gores turned a brief career as a P.I. into a convincing career as a detective story writer. He’s mostly famous for his D.K.A. series, but also for the screenplay to the movie “Hammett”.
Spade & Archer: a Prequel to The Maltese Falcon
Glass Tiger
Cases
Cons, Scams & Grifts 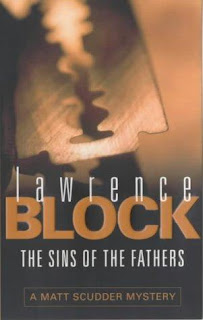 Lawrence Block’s Matt Scudder books are my favorite P.I. novels, although Scudder isn’t strictly a P.I. They are intense, bleak, and tightly plotted, and Scudder is one of the more intriguingly damaged protagonists you’ll ever read about. Block’s career began in the early ‘60’s with a series of terrific noirs, but he really hit his stride in the mid-seventies with the Scudder books. Try the first few.
Time to Murder and Create
The Sins of the Fathers
Out on the Cutting Edge
When the Sacred Ginmill Closes
In the Midst of Death
A Stab in the Dark

Ed Gorman is a treasure; one of those old-school workhorses who seldom lands a foot wrong in his plotting and pacing. His books are models of what solid detective fiction should look like, especially his series about Jack Dwyer. A sampling:
Grave’s Retreat
The Poker Club
Rough Cut
Breaking Up is Hard to Do 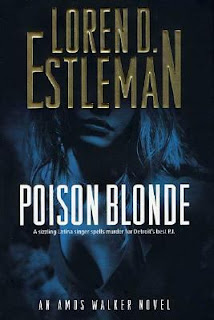 Max Allan Collins is most notable for his Nate Heller series of P.I. mysteries. What makes these books worth reading, aside from Collins dead-on voice and great plotting, are the fact-based historical twentieth-century murders each novel is built around. Apparently, Heller was around for every major crime committed in the 20th Century. Try these:
Angel in Black
Dying in the Postwar World
True Crime
True Detective
The Million Dollar Wound

Walter Mosley started his writing career with a terrific run of books about Easy Rawlins, a black P.I. in the L.A. of the 1950’s. Very noir, with writing as rich and evocative as Chandler or Ross MacDonald.
A Read Death
White Butterfly
Black Betty
Little Yellow Dog
Devil in a Blue Dress

James Ellroy once referred to himself as the ‘greatest crime writer who ever lived’. Well, not quite, but pretty close. His first few books, at least, are benchmarks in the genre—humorless, bleak, violent and cynical. Also, amazingly well written.
L.A. Confidential
The Big Nowhere
Killer on the Road
Brown’s Requiem
The Black Dahlia

James Lee Burke’s novels about Dave Robiecheux are densely plotted and the language is lush and Faulknerian. Burke's books occasionally suffer from 'sprawl', but Robiecheux is a great example of a deeply flawed hero, trying to deal with his inner demons while tracking down the bad guys.
Black Cherry Blues
A Morning for Flamingoes
In the Electric Mist with Confederate Dead
A Stained White Radiance
Crusader’s Cross

Andrew Vachss writes what is perhaps the most brutal ongoing series in the genre these days, the novels about the obsessed Burke. Stark and focused. Vachss is an outspoken advocate for abused children. His non-Burke novel “The Getaway Man” is one of the purest modern noirs you’ll ever read.
Flood
Strega
Blue Belle
Hard Candy
Blossom
The Getaway Man

John Connelly made a big splash with his first novels about Charlie ‘Bird’ Parker, an ex-cop haunted by the brutal slayings of his wife and daughter. Like James Lee Burke, Connelly’s books are sometimes too long, but his voice as an author is layered and colorful, and the crime thriller backdrop is sometimes shot through with a strange dose of the supernatural.
Every Dead Thing
Dark Hollow
The Killing Kind
The White Road


I don’t need to tell you about Elmore Leonard, do I? Amazingly prolific and one of the finest writers working today. Much has already been said about his dead-on dialogue and seedy characters. To list all his great books would take pages, but here's just a sample.
The Hot Kid
Riding The Rap
Out of Sight
Pagan Babies
Toshimingo Blues
Killshot
Maximum Bob

Joe R. Lansdale is, quite simply, the man. His style is distinctly Texas Noir, wry and funny and dark. He writes wonderfully in multiple genres, but when he ventures into noir territory, he’s especially awesome. Lansdale is a good reason not to kill yourself. Here are a few gems:
Savage Season
Cold in July
Mucho Mojo
The Two-Bear Mambo
The Bottoms
Sunset And Sawdust

Lee Child is most notable for his series featuring tough hero and force of nature, Jack Reacher. Like many other modern suspense writers, Child has a tendency to go longer than the story can maintain, but his books are more violent and intense than most series characters these days. Very hardboiled.
The Killing Floor
The Enemy
One Shot
The Hard Way
Persuader

Ian Rankin has been called the master of ‘Tartan Noir’—which goes to show you that the media loves a silly label. Regardless, his novels about Inspector Rebus are very well-written and relentlessly bleak.
Knots & Crosses
Hide & Seek
Tooth & Nail
Strip Jack
The Black Book
Mortal Causes

Surprisingly, one of the best writers of tough-minded noir these days is seldom if ever marketed as such. Cormac McCarthy isn’t the first name you think of when you think of the genre, but his books are tight, spare, and punctuated with sharp and unexpected doses of violence. Amazing stuff.
No Country for Old Men
Blood Meridian
The Road
The Crossing

Next time: Wrapping up with the New Noir...
Posted by Heath Lowrance at 1:13 PM