BLUFF CITY BRAWLER and other stuff 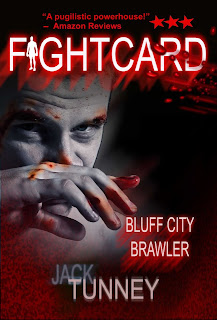 BLUFF CITY BRAWLER, my go at the so-far terrific series FIGHT CARD, will be out and available pretty soon. Created by Paul Bishop and Mel Odom, FIGHT CARD is a tribute to the great boxing pulps, and under the house name Jack Tunney they've so far released stuff from Eric Beetner, Wayne Dundee, Bishop and Odom themselves, and several others. Amazingly enough, the quality has been consistently top notch with every release.

I'm in the final stages of hammering out my contribution, so it shouldn't be long before you see it. It's a fast-paced boxing/noir tale set in 1950's Detroit and Memphis.

After that, it's more Hawthorne. Beat to a Pulp has picked up the rights to re-release "That Damned Coyote Hill", in tandem with the second Hawthorne tale, "The Long Black Train". 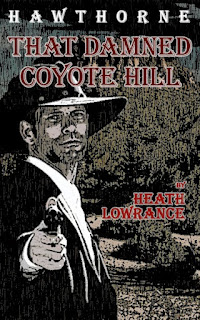 Then back to the novel I started writing way back in November. 2012 is shaping up to be another productive year.
Posted by Heath Lowrance at 10:08 AM